The competition season is quickly approaching. If your squad is competing, it’s time to get a step closer to the trophy. So, be ready with custom cheer uniforms and put everything together for the big show. Competitions may be nerve-racking, especially for new cheerleaders, and the secret to settling those jitters is practice, practice, and practice. Prepare yourself and your squad competitively by following a few crucial pointers.

Working on Your Routine

If the cheerleading team decides to participate this year, you will most likely begin practicing your competition routine during the summer or at the beginning of the school year. This is usually a highly stressful moment.

Therefore, it is critical that you not become frustrated if the routine is tougher than you had thought. After all, as you know, practice makes a man perfect! The more you practice, the easier the routine will appear to be. So, stay focused and keep your chin up since all of your struggle and hard work will be rewarded in the end!

Sometimes, a lack of concentration on meaningful detail, rather than the lack of challenging stunts, causes a squad to lose a competition. The movements are not precise, or perhaps the females lack coordination. And judges will pick these minor traits apart that often spells the difference between first and second place…or even not placing at all.

Hence, it is critical not to overlook the fundamentals. The greatest teams spend time working on both new and challenging components of their routines, focusing on fundamental movements. After stretching and warming up, the team should spend the first fifteen to twenty minutes. This can include jumping together, working on transitions and formations, or even working on different basic techniques and assuring that they are all in harmony. The extra work will be rewarded on competition day.

There is one common mistake that the team usually makes. That is, not having all of your girls move in unison. Cheerleading routines are taught in eight counts. So, one of the best methods to ensure everyone is on the same page is to learn the routine and then separate it down and execute it slowly without rhythm.

Observing the entire squad walk slowly will assist coaches and captains in determining the weak member. They become aware of the person just a touch behind in their movements. It is a laborious and time-consuming job. However, if you want to win the competition, you have to adhere to the tedious practice. This will enable your team to improve from mediocre to spectacular.

The majority of competitive routines last two to two and a half minutes. That may not appear to be a long time. But, keep in mind that you’ll be tumbling, dancing, and cheering throughout that period.

Top-tier cheering groups take aerobic training seriously, and they devote time outside of practice to aerobic activity. Make sure you get regular cardiovascular exercise aside from cheerleading. This will help the cheerleader that every single movement they make on the competition floor is perfect, crisp, and full of enthusiasm.

Participating in a contest is a lot of fun, but it also requires a lot of work. Whether the member is a flyer or a base, everyone will be under strain. Competition time is also an excellent time to play “secret buddies” to motivate athletes. Send a word of encouragement, a poem, or an inspirational remark until the day of competition. Having a little fun during this period can help keep your squad close to each other. Consequently, develop the bonding that truly distinguishes them from other parties.

Make a Schedule for Rehearsal.

Furthermore, one more common error that competing squads make before completion. They do not give themselves enough time to master the routine altogether. When competition week arrives, you should perform at least once, if not several times. Do not make any last-minute changes before the last week; instead, you should be ready.

Starting too early can make the regimen appear monotonous. Instead, introduce steps in bits and pieces. In this way, you will include new things into routines that you’re already familiar with. This will help to keep your routine fresh and new. Now when should you begin? That depends on the competition date and your group’s other responsibilities towards other teams.

Ready for the Competition Day

Running through your routine on the day of the contest is not a good idea. This is the day to motivate your teammates. Perfect your hair, high school cheer uniforms, and makeup, and psychologically prepare for the rigors of competition. Go over the routine in your head. Just focus on how well you can stick to your stunts and tumbling. Keep in mind that every year is a learning experience. If you don’t secure a place as you’d want this year. Request a copy of the judge’s comment sheet. So, you know what you need to improve on. 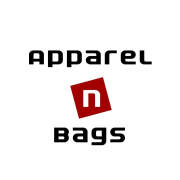 Hoverboard as a Gift