Nothing is more satisfying than watching a team of young people grow and develop as they learn and play hard. Watching them experience additional levels of success, struggle through adversity and overcome challenges with the help of their coach builds confidence in themselves and each other. It can also be gratifying to see those same players achieve great things after graduating from your program.

Clarify that the goal of every practice is to improve your team’s performance. This will motivate them to work hard and develop skills they otherwise might not be interested in learning. Be a positive influence on each player, encouraging effort rather than results or wins/losses.

As a coach, most of what you do is communicate information about playing soccer. With this information, young athletes will know where to go after deciding which positions might be best for them to play. Make sure your players know what you expect from each of them in every practice and game, then guide how they can meet these expectations if needed. By doing this consistently throughout the season, young athletes are more likely to improve their skills.

Suppose a player struggles with practices or games because they aren’t putting in enough effort because of a lack of motivation or low confidence. It’s okay for coaches to take action by calling out that athlete privately. Sending them home early once in a while, so they know why they were sent off early. You can also give them a more passive role during certain parts of practices and games. Whatever the consequences are for lack of effort, make sure they are consistent week after week so players can prepare themselves mentally before each new session begins.

The best coaches define what to expect from every player while also knowing where everyone should be positioned. This is important because young athletes will naturally want to try out different positions if they don’t believe you when you say they are doing great in their current role.

Keep Your Players Focused on the Big Picture

The most important thing for young athletes to learn is that they don’t win every game or tournament. There are still plenty of reasons it’s exciting and rewarding to play soccer at any level. Stress this point with your players so everyone stays motivated during challenging moments. Also, when you’re preparing them for a big game against an opponent who may seem unbeatable on paper early in the season. Encourage older team members to offer words of encouragement whenever younger ones struggle during games. Why? Because these types of gestures can make all the difference. It will help them maintain their confidence and not be overwhelmed by negative thoughts.

Use Positive Reinforcement to Motivate Players

With young athletes, positive reinforcement is one of the best ways to feel good about themselves. Also, it makes them eager to improve their skills in future practices. So, whenever you see players doing something right, tell them what they did well while also offering specific examples. Hence, they know how to repeat that same behavior in other parts of games or practice sessions later on. Avoid criticizing your team members when things go wrong, even though this may be difficult because it can often feel satisfying seeing others fail after struggling with similar obstacles during experiences. But remember, providing negative feedback doesn’t teach anyone valuable lessons unless it comes from someone who knows exactly why a specific skill or behavior is important and how it can be mastered.

At the end of every practice and game, consider rewarding players for their efforts by giving them something meaningful. This could be award plaques or championship patches if your team makes playoffs that year. This can also motivate younger athletes who aren’t playing at such a competitive level yet. Even small tokens like candy bars work well because they’re inexpensive. Even so, it makes young athletes feel special when you hand out these types of rewards after practices and games.

If you consistently apply the tips in this article, your team will become more motivated to improve their skills and ultimately play much better when it counts most. Remember that the best coaches understand their role is not about teaching players how to play a sport. But also motivating them to be the best they can be. 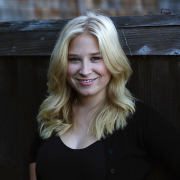 Insignia The House of Shoes

If you are experiencing these symptoms you may have a hormonal imbalance.

FACTS! Everything You Need To Know About Flower