It is a huge monument where you have to walk a lot, most of the area is un shaded so just imagine if you are caught on the wrong foot and end up visiting Taj Mahal in the heat of the day. Well we are very sure you certainly won’t love the experience.

The sunset sure is second best alternative for viewing the Taj Mahal Agra during the summer season. Do remember to wear your sunscreen while you visit the Taj Mahal as white marble reflects lots of sun making it difficult for your skin. Select the sun screen with high sun protecting factor (SPF).

Monsoon in Agra means high temperature (upwards of 35 degree Celsius) and very high humidity. The weather during monsoon is mostly cloudy means chances are you want be able to see perfect sunrise during the monsoon time so if the sky is over cast then why bother to rise early rather rise a little late take shower.

Why sunrise not possible in Monsoons

Humid after 12 and matters become worse when sun too pops in. As sunrise is mostly not possible during monsoon same is the case with sunset. But temperature does drop down during the later part of the day and you can visit Taj Mahal comfortably during evening.

winter start in November with a very comfortable weather condition. The November is the most dry month of the year in Agra so if you are visiting Agra in October or November.

Do make it a point to visit Taj Mahal on the sunrise the weather is perfect and so is the Taj Mahal Agra.

If you are interested you can even plan a sunset visit too which is also great time to visit the Taj Mahal during this time of the year. The later part of December and January is very different a story the temperature dips and Agra becomes foggy.

During this time of the year the city is usually enveloped in thick sheets of fog during the morning. Taj Mahal being on the riverside the fog is more pronounced so if you are visiting Agra late December and January then ask local people about prevailing weather condition and better still avoid sunrise.

More so as it is open and airy in the Taj Mahal during day time with comfortable temperature you sure won’t require lots of woolens.

The spring is again the best season to enjoy the fabulous Taj Mahal when you can Taj Mahal Tour Plan.The skies are clear and sunrise is excellent, during the spring time again make sure you visit the Taj Mahal during sunrise.

The day time visit you explore the entire Taj Mahal according to your will, you can visit the main marble mausoleum during the day time while night view the viewing is possible only from the platform next to the royal gate which is at a distance from the Taj Mahal Agra.

The night view is just for half an hour but it is sure a different experience as the cool moon rays lay a poetic impact on the marble monument.

The security considerations are high during the night visit and you are not allowed to be escorted and guided by a guide during the full moon night visit.

Top Sights around the Taj Mahal

The Taj Mahal in itself an encyclopedia of architecture and there are scores of worth visit monuments and top sights around the Taj Mahal such as Agra Fort, Itmad-Ud-Daula Tomb, Mehtab Bagh, Hathi Khana, Ram Bagh etc. Read about some monuments which are very close to the Taj Mahal complex.

which tombs are included

These monuments include the tombs of other wives of Shahjahan and of other important ladies of the Harem. These are worth visit Monuments but they are eclipsed under the beaty of the Taj Mahal.

Sirhindi Begum was the third wife of Shahjahan and was conferred with the title as Alcabarabadi Mahal. She made a famous mosque in Delhi known as Akabarabadi mosque Izz-un-Nissa was the Grand Daughter of Abdul Rahim khan khama her father shahnawaz khan was a confident of Shahjahan and Shahjahan after his conquest of Deccan recommended his father Jahangeer to appoint Shahnawaz as the commander of southern area.

He married Izz-Ul-Nissa in 1619 and had a son sultan Jahan Afraz who died in 1621 as an infant during the house arrest period of Shahjahan lady served her husband. She died 12 years the death of Shahjahan in 1078 in Agra.

Sirhindi begum’s tomb lies on the east gate of the Taj Mahal complex without any water body. This tomb has a mosque facing the tomb. The main tomb is octagonal with 24 inches a big hall and a veranda.

The family of Kandhari Begum hailed from Iran. Her father Muzaffar Hussain Mirza was in the service of safavids. Later on Akabar seized kandhari and this family came to Agra.

Akbar gave a mansav of 5000 to muzaffar. Shahjahan as prince khurram entered in first matrimony with kandhari Begum at 18 years of age in 1609. Kandhari gave birth to a child on 1611 and this girl was named as Parvez Banu.

Akbar’s wife Ruqaiya begum took care of this child. Kandhari died in 1650. Kandhari had a grand palace at khandari Agra which is known as Bharatpur palace.

After her death Shahjahan built a tomb near Taj Mahal close to kali masjid on cat mosque. It is considered she loved cats. Still you can see lots of cats wandering around.

This tomb lies on the west gate of the Taj Mahal. This is having modest architecture and so far less frequented by the tourists.

As you enter the Taj Mahal through the western gate you happened to see the cells built outside the gate. Right on top you see the tomb of Fatehpuri begum.

There is a mosque also on the western gate called fatehpuri mosque. This mosque is operational for prayers.

This is made out of red sandstone with four minarets. This fatehpuri mosque is quiet similar in design to the fatehpuri mosque in Delhi, chandni chowk. This was also built by Fatehpuri begum while Shahjahan founded Shahjahanabad.

Sati un –Nissa or Sati ul Nissa was a great scholar and lady in waiting to Mumtaz Mahal. She was born on Ma Zardaran area of Iran on a renowned physician family. She was born in 1581 and along with her brother as poet launcte.

After her husband’s death she joined the service of lady mumtaz and became a chosen one of the lady with her vast knowledge of medicine and harem manver.

She was given the title as Muhardar the braver of the royal sea. She on pated education to Jahanara and Gauhar Ara.

She always followed Lady mumtaz. Shahjahan appointed her as the chief of departments of gratuities and grants. It was she who was with Mumtaz at the time of her demise and she brought the body of Mumtaz from Burhanpur to Agra.

This lady had adopted two on fast daughter of her brother and as the younger passed away it broke her heart. She was already goof stricken on the loss of her mistress Mumtaj Mahal. She died in 1647 at Lahore and Shahjahan due to her services rendered to the lady and harem ordered for the construction of a tomb close to the Taj Mahal campus. Thus she an rest with her mistress eternally. 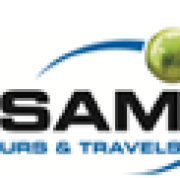 Special first-night Destinations Outside India In March 2021 – High On Love!

7 Malaysian best things to do

Limousine Service Prices – How Much Does it Cost to Rent a Party Bus?

The Best and State of the Art Hajj Packages London