A liberal policy framework is being used by the Haryana government, to promote the development of high-density plotted colonies & Builder Floor in Gurugram in medium and low-potential towns. We can all find comfort at home. Financial stability and mental tranquility are provided. Life seems perfect when you have a place you can call home. One of life’s fundamental necessities. If you already own a home, consider yourself blessed! However, a lot of people decide to leave their joint families and intend to erect their own homes. Thanks to the Indian government’s programs for affordable housing.

This program’s launch is intended to stop the spread of unauthorized colonies and achieve the goal of “Housing for All by 2022.” The Haryana Government’s 2015 Consolidated Licensing Policy has approved this scheme, which is part of the (PMAY). Developers or builders are permitted, under the terms of the DDJAY, to construct housing societies or colonies on land banks ranging from 5 to 15 acres. The most intriguing aspect of this policy is that prospective, buyers can obtain loans from both public and private sector banks for up to 75% of the property value for plots, and for up to 90% of the property value for builder floors and flats.

Under this scheme, buyers are free to buy freehold, loanable, and dispute-free plots. Under the government’s Pradhan Mantri Jan Awas Yojna (PMAY) credit-linked interest subsidy program, first-time home buyers are also eligible for an interesting benefit of up to 2.35 lacs.

Developers can register four independent floors on each plot under the DDJAY scheme with the inclusion of a lift and stilt parking.

Because each Builder Floor in Gurugram qualifies for a separate registry, separate bank loans may be obtained for each floor. Each plot has a total FAR of 2.68.

Only the residential zones of towns, as identified in the master development plans, are permitted to use the town planning scheme under DDJAY.

The CLU will be approved 90 days after the application is submitted.

The largest plot size permitted under DDJAY is 150 square meters (180 squads). Furthermore, the maximum and minimum populations per acre are 240 and 400, respectively.

The colonizer or developer is in charge of selling the licensed area in two stages. The 50% licensed area may be sold following the internal development of the entire township. The colonizer is required to mortgage 15% of the saleable area in order to do this.

A Win For Builders And Buyers

Affordable housing has always been a popular option for buyers, Builder Floor in Gurugram but the reason why developers in Gurugram have started to show interest in this market is an intriguing one in and of itself. This paradigm shift has a justification. A market where only the wealthy would dare to invest in real estate is now developing into a real estate hotspot for both affordable and mid-segment buyers.

The Deen Dayal Jan Awas Yojana (DDJAY) of the Haryana government promotes the growth of high-density planned colonies in the state’s low and medium potential towns, where small plots are made accessible through a liberal policy framework. This plan’s completion deadlines are its most alluring aspect.

Benefits For Buyers, Those Who Buy Builder Floor In Gurugram

The Consolidated Licensing Policy 2015 of the Haryana government has approved DDJAY, which is a part of the Prime Minister Awas Yojana (PMAY). Under this plan, real estate developers can create housing colonies or societies on 5 to 15 acres.

With the help of this program, potential buyers can obtain loans from all top public and private banks for up to 75% of the value of a plot of real estate. On builder floors and apartments, buyers may also borrow up to 90% of the cost. Buyers who want to purchase a plot, builder floors, or apartments can easily access funds thanks to the program. According to their needs, they can select any option.

A  IT expert named Varun Sharma says, “The best part is that social amenities and project development here happen concurrently. I recently went to see projects being developed under the Deen Dayal Jan Awas Yojana at Dwarka Expressway. Due to direct government oversight, such projects also have greater availability of green space and deliverables that are in line with RERA deadlines. I, therefore, felt more comfortable investing under this scheme.

Buyers can create separate registries for each independent floor, and bank loans are also offered on a floor-by-floor basis. There is no draw system in this scheme because unit allocation is permitted on a first-cum-first basis. This policy’s numerous provisions guarantee prompt delivery and transparency. For instance, only 50% of plots can be allocated under the scheme before they are developed; the remaining 50% of properties can be sold after the township is complete or after receiving the Director of Town and Country Planning of the Haryana government’s completion certificate.

Why Do Developers Prefer DDJAY?

Due to the lack of a price cap on these projects, developers in Gurgaon are infesting the DDJAY program of the Center. Additionally, after the project is finished, the builders are not liable for the upkeep of the properties. The majority of these projects are builder floors, which offer profitable returns after they are primarily fully rented out within the first year.

On the other hand, the government has restricted the cost of projects for affordable housing to Rs 4,200 per square foot. For these projects, a number of clearances and approvals are also necessary. Now, well-known companies like DLF, Signature Global, Trehan, and Raheja are concentrating on building builder floors.

The external development charges (EDC) for projects funded by the DDJAY are lower than those for standard projects in order to keep housing costs reasonable. According to this policy, development is only permitted on 30% of the total area of a designated residential sector. The colony’s total area under this plan is up to 15 acres, with the first license covering at least five acres and subsequent licenses covering at least two acres each. Additionally, developers are permitted to build four separate floors on each plot with the provision of a lift and stilt parking.

This program aims to provide open, reasonably priced homes to everyone in order to address the issue of unorganized colonies. It is assisting numerous migrants in purchasing homes in cities like Gurugram as well as assisting developers in registering business growth.

Chairman of the National Council on Affordable Housing and Signature Global ASSOCHAM clarifies Independent floors are trendy because people today prefer well-connected locations and quick ownership, and because plots and independent floors can be developed much more quickly than housing societies and multi-story apartments.

Peace Home Landbase is a Gurugram-based leading Real estate firm that is persistently working to provide the best services for buying, selling, and renting apartments. 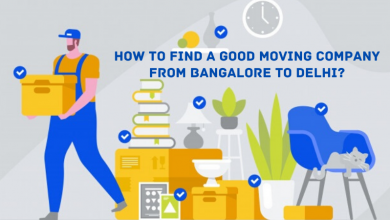 How to Find a Good Packers and Movers from Bangalore to Delhi? 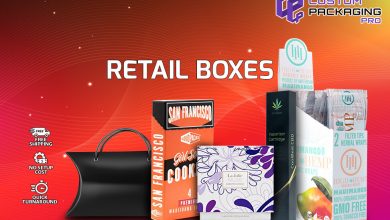 How Retail Boxes Can Increase Your Profit 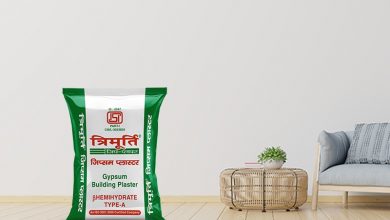