Under this attack, the victims are disguised during communication, and it appears as if a genuine and authorized source is communicating with them.

The main targets of the attack are IP addresses, domain name system, or address resolution protocol service. The attack sometimes uses a person who knows the victim very well, and the victim can trust him.

If looking from a business point of view, then a business can face huge damage through ransomware and data breach as well. The attackers impersonate the manager and convince the employee to transfer money.

The money that goes to the account belongs to the hacker, and he uses that money. Even a business can find its website spreading malware and can face legal issues and need to pay the penalty.

Therefore, it is advisable to learn about the ways that protect you from such an attack.

Under this, the IP address of the attacker remains veiled through IP packets. Even the attacker can get control over the victim’s IP address for peeping into the network.

Under this category, mobile phones are used, and the attack arrives at you through calls. The number that is used by the attacker belongs to someone whom the victim knows very well.

For a successful attack, the attackers use neighbor spoofing under which the first few digits of the number with the area of the victim so that the chance of picking the phone increases.

This attack is similar to phishing or ransomware, as, in all these attacks, a false e-mail address is used to disguise the victim and appears as if the source is legitimate.

The attackers use the same trick as that of phishing, where malicious files and links are shared by befooling the victim or the details of the victim are taken by the attacker.

Here the website appears as if it is genuine. The moment the victim clicks on those websites, they are transported to another page, and meanwhile, the attackers steal the data.

Under this, a malicious actor is sent in the local area network, and they link their IP address for stealing the data, and the hacker appears as if there is a legitimate host.

By using the packets, the attacker can intervene between the two hosts and can extract valuable information during the exchange sessions.

A corrupted DNS cache information is used for impersonating the domain name. After spoofing the domain, the attacker uses it to disguise the victim.

This is also used for MITM attacks, under which the victim is transported to a site that contains malware. After IP address spoofing, this one is much easier.

How to detect the attack?

Certain signals can indicate that your system has been attacked, such as the unusual use of grammar and poor spelling. The message might appear that it needs you to open it quickly.

The e-mail address will be different with unusual words and spellings. Other than this, if you doubt that the attack has entered your system, do not open the message or e-mail.

If you are not sure about the attack, it is better to check the source of the message. Another most important thing is that you do not log in to the account that has been asked by the message.

How to prevent it?

Though the attack can cause serious damage, you will be glad to know that you can stay protected from it and prevent it.

Spoofing is one of those attacks that can bring a business to a standstill. Therefore, every business must train its employees so that the attack can be prevented.

Employees and common people should also keep updating themselves about the new and updated attacks and ways to prevent them.

Also Read: The role of expert IT service provider for your everyday business 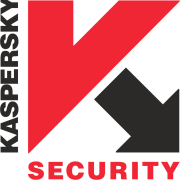 How to Convert PST to MSG Automatically

Mistakes To Be Avoided When Installing Artificial Grass Ballarat