Sidhbari (Sidh-Badi, meaning “Valley of Sages”) is a scenic village on the outskirts of Lower Dharamshala, in the Indian state of Himachal Pradesh, at the foot of the Himalayan Dhauladhars mountain range. According to ancient scriptures, Sidhbari Dharamshala has been home to several saints, which is how it gained its title as a location for Siddhas, or enlightened souls. This place provides you with complete serenity and peace to your mind as it has various ashrams such as Sidhbari Chinmaya Ashram.

It is located 5 km east of Dharamshala. Sidhbari Dharamshala in Himachal Pradesh is located at the foot of the Dhauladhars mountain. Sidhbari range spread towers up to 4500m in a few km. It provides visitors a tranquil atmosphere surrounded by terrace fields and woods, distant from the commercial traffic of Dharamshala. Despite the beauty and peace of the village, Sidhbari is still an unknown destination when it comes to companies offering Dharamshala tour packages. This place is more famous for the bazaars it has.

Sidhbari is a post-card perfect village with lush green valleys, curvy paths lined with evergreen oaks and deodars. Here you can fill pleasant chill in the air with a backdrop of beautiful snow-capped Dhauladhars. But the packages offered by travel agents include Sidhbari as an important destination for those who love nature.

As told earlier, Sidhbari is the valley of saints. Therefore this place is rich in ashrams and monasteries. The most famous are the Sidhbari Chinmaya Ashram and the Kapil Muni Ashram. The Chinmaya ashram was established by Swami Chinmayananda, a well-known Indian spiritual leader in 1977. This ashram is known as Sandeepany Himalayas.

It is one of the most visited places of Sidhbari, when you will enter the premises of the ashram you will find the Samadhi of Gurudev Chinmaya. It is also believed that Sidhbari was the meditation spot of Sage Kapil. There cannot be another place for a retreat other than Sidhbari because of the calm and serene environment it offers.

Chinmaya mission in Sidhbari is a spiritual and religious organization engaged in the dissemination of Vedas and the science of own self. If an individual wants to know about himself and is lost in the religious beauty of nature, Chinmaya Mission will help you out. It also offers specific Chinmaya Mission camps at Sidhbari for tourists in the summer and winter seasons.

The camp provides various activities that make you aware of the Hindu culture, cultural activities, and educational benefits too. If you want to be happy and also spread happiness in your world then you must visit Sidhbari once in your life. The basic motto of the Chinmaya mission Sidhbari is to spread maximum happiness to the maximum number of people.

There are many tourist attractions in Dharamshala such as Kangra Valley and Mc Leod Ganj. Tapovan in Dharamshala also attracts thousands of tourists towards its beauty. But you will find here a lot of crowd and traffic jams that might make you restless. So it will take just a 5 km drive from Dharamshala to reach Sidhbari where you will find the perfect environment to get lost in yourself.

Here are some of the tourist attractions of this place

The most attractive and alluring place of Sidhbari Dharamshala in Himachal Pradesh is its Bazaars. This bazaar is spread 600 meters in front of the road. Sidhbari Bazaar is recognized as a commercial hub for this place.
There is a State Bank of Patiala branch providing facilities of ATMs here. Dhabas serving local, Tibetan, and Chinese cuisine, internet cafés, mechanics, and general stores are among the other businesses.

The Chinmaya Ashram in Sidhbari is just a 15-minute walk downhill from the bazaar, while the Gyuto Monastery is near the Yol Bridge in the bazaar.

A little town is notable for the Chinmaya Mission Ashram (Sandeepany Himalayas). You can reach Tapovan, Dharamshala by a 10-minute walk downhill from Sidhbari Bazaar towards the Vidhan Sabha.

Rakkar is a peaceful hamlet located 15 minutes uphill from Sidhbari. It is a historical village of Gaddi shepherds who went across the mountains from Chamba over 100 years ago in quest of better possibilities. The majority of the original mud-brick houses still stand today, allowing visitors to experience life in a traditional Gaddi village.

How To Reach Sidhbari And Where To Stay?

You can reach Sidhbari via a bus, own vehicle or if in a great hurry then spice jets are also available. After reaching there, if you do not mind the sloping roads and walkways, walking is the ideal way to travel around Sidhbari and nearby areas. If you get tired easily, a hired bike from Sidhbari can be a convenient solution on the sloping terrain.

There are numerous hotels and restaurants in Sidhbari that provide you with all the basic amenities. It will be better if you choose any travel package of any company for enjoying completely. As you need not worry about accommodation or guide facilities. Tour Travel World offers its customers with best packages within your budget.

Best Food For Foodies Who Are Visiting Sidhbari

Well, this is all about the list of the best food. Now to remember the delicacies available here, we present the list of best foods in Sidhbari.

Although you have till now found several eating items and dishes in Sidhbari, there are some of the special items in the menus that should not be missed in any case.

Sidhbari Dharamshala in Himachal Pradesh is an aesthetic place having its charm and beauty. It provides a beautiful and quality time in the lapse of nature and to get lost in the serenity. Really! Sidhbari is worth visiting for a spiritual retreat.

Read Also: Popular And Offbeat Activities To Do In Dharamshala 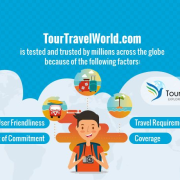 Best Things to do in England

Best places to visit to appreciate get-aways at Temecula

BEST TOP THINGS TO DO IN IBIZA, SPAIN WITH SUGGESTED TOURS