Have you ever made a volcano out of baking soda? Then you are already familiar with the basics of Chemistry. As a complete subject, Chemistry is the branch of science which deals with what things are made of and how they combine and interact. This can be broken down into a varied range of categories, all of which focus on specific items. Se, here is a Miracle chemistry tuition center in Singapore that offers you an immersive look into the main branches of this subject.

All the living beings on this planet is based on carbon. You have carbon atoms in every cell of your body just like every other plant or animal on Earth. Organic chemistry professionals study these compounds of carbon like hydrocarbons and others which contain hydrogen and several mixtures which include everything from oxygen and nitrogen to phosphorous, sulfur, and silicon. This branch of chemistry initially is involved in studying living organisms. But with the advancements in technology, it has expanded to including hydrocarbon-based inorganics like plastics. In almost all the industry verticals, organic chemistry has its presence, right from pharmaceuticals to the creations of dyes and detergents. There is at least one organic compound that can be found in some high-tech materials.

Analytical Chemistry can clear all of your problems with Chemical reactions. The analytical chemists spend their days using Chemistry along with statistics and computers for figuring out the cause behind the failure of something and try to figure out ways to solve the same. They can be found in service-related jobs across every industry and in academic as well as government positions. The demand for analytical chemists has been reduced somewhat by automation, but there are some other things which robots and computers cannot solve. An analytical chemist is specialized in one industry or branches out to employ their skills across several sectors. This field is quite new which makes it full of challenges for pick out just one famous scientist.

Biochemists mainly deal with studying the biological process at the cellular level to understanding what makes us tick. This branch of chemistry is highly connected with life science but instead of studying the living organisms as a whole, they mostly focus on the molecules and atoms which make up the entire body. This particular branch of chemistry not just focused entirely on human biology but can be useful for understanding the biological process of plants and animals too.

Like all the other branches of science, chemistry is also varied and broad. These are just five branches about which we have talks about but there are more. It is possible to break down each of these branches into more specific fields of study. If you have ever wondered that as what makes us tick or what makes baking soda and vinegar turn into a pseudo volcanic eruption, then the answer lies with chemistry. Chemistry has two faces; some students feel like this subject but a lot of students are afraid and feel that this subject is scary. Keeping every one of them in mind, Miracle Learning Centre, being the most reputed chemistry tuition center in Singapore, we can help you to put an end to all your worries regarding Chemistry and help you out to score more in your next exams. So, come join us to experience the best teachers in the region. 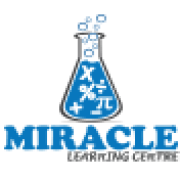 Types of heat transfer in physics

Why does your school need School Management Software?