Aware of the eCommerce aspect but still unaware of Shopify facts? If yes, you are missing out on some excellent eCommerce prospects. This proprietary eCommerce platform is brought to you by a Canadian company. Shopify is a perfect eCommerce platform for one and all who wish to take their retail business to an online platform. Shopify is quickly growing and has developed into a large corporation that supports thousands of merchants. A Shopify development agency can help reach a wider audience and thus, increase their sales to a great extent.

Founded in 2006 by Tobias Lutke and Scott Lake, Shopify today has an estimated yearly revenue of $2.86 billion in 2020. Performing so well and making huge profits is no easy task. Shopify certainly is an amazing platform and has several intriguing facts that everyone should know about. So, if you are a current user of Shopify or are planning to use it, then we ensure that you’ll love to know them.

Take a look at some of these fun Shopify facts that you probably weren’t aware of.

1. Shopify has its name changed from Snowdevil

You’ll be surprised to know that Shopify wasn’t named Shopify at first thought. It was originally named Snowdevil as a startup that eventually became Shopify. Yet another interesting fact about Shopify that only a few people are aware of is that its owner and co-founder intended to run only a snowboarding shop. Both the founder and co-founder were completely unaware of the possibilities of using this new software. The fuel to start a somewhat different business came into execution when they produced software to make it easier to operate the snowboarding shop. It’s miraculous how a simple and tiny idea can gradually flourish into a multi-billion-dollar business in a matter of years.

It is impressive to see the wide-ranging packages that Shopify has to offer to small service-based businesses and entrepreneurs who wish to start their own online e-commerce web stores. Talking about the number of services and tools they offer to the new customers is simply fascinating. They offer quality services with the sole focus towards making any new business start easily and thereby run smoothly. From payments to shipping, customer engagement tools to marketing, Shopify efficiently handles them all. All levels- novice, intermediate, and advanced users, are covered in the bulk of the bases.

3. Snowboards got sold on Shopify

On Shopify, first Snowboards were sold much before becoming the multi-channel eCommerce hosting platform that it is today. Initially, it was only a little online store selling snowboarding equipment. The company’s co-founder couldn’t meet his criteria as a startup entrepreneur and had several problems with his new endeavor. This is because he couldn’t locate any e-commerce software for the same.  For this purpose, the tools that he found were quite difficult to use. Additionally, some other tools that seemed to be more appropriate for the purpose were not affordable and completely out of his price range. That’s just not it. He faced many other hurdles too.   As a result, Tobi Lutke decided to design his own software, and this is where Shopify got invented.

Shopify has now been around for a little over a decade now. It made its hit debut in 2006. It has still successfully managed to help thousands of entrepreneurs with solid ideas and a little initiative get a regular source of income in no time. When Lutke realized that his new software had helped his snowboard business drastically, he decided to put it to much better use. He came up with the idea to help others. He thought he could certainly help some individuals facing a similar difficult situation if not thousands and millions. Simply by introducing and using his new software to provide accessible merchant services that too at a lower price to the rest of the world, he made a fortune.

5. Shopify has a robust ecosystem

One of the biggest reasons behind the success of Shopify is its robust ecosystem. With over 1,400 apps on the app store that offers extra sales and marketing capabilities, Shopify has become a valuable and productive platform for their customers. Since there are so many options available to the merchants, all with such a comprehensive offering, they can choose the best match as per their needs rather than settling for less-than-ideal tools. So whatever your department and industry be, from shipping tools, customer support, inventory control, accounting, social media management, or other essential tools, they have them all and are waiting for you to use them right away. What remains even better is you can find everything integrated within a single platform. This further makes it way more manageable and easily accessible.

6. Shopify is expanding globally across all businesses

It has assisted over 1.7 million enterprises, with 690,000+ small businesses selling globally in 2020. Shopify benefits as merchants grow, and thereby, it assists merchants in scaling their business to their maximum potential.

The growth prospects of using Shopify for eCommerce are considerably high. As per Littledata’s survey, the average revenue per Shopify customer is US$72. In the second quarter of 2018, Shopify received its billionth order and has plenty of potentials to grow exponentially. By September 2020, the platform had $6.12 billion in cash, marketable securities, and cash equivalents. This means that with Shopify, the growth possibilities are just endless.

Shopify has a lot of scopes and is definitely worth your long-term investment. With Shopify, you’ll get to see and do something new. It is just an excellent business module, allowing an enormous number of people to live a more comfortable existence.

But all this isn’t easy. Setting up any successful eCommerce business platform requires a business plan, theme design and development, marketing strategies, and a lot more that are pivotal for growth. Willing to create your Shopify store now or to migrate from your current online platform to Shopify? Well, it’s the right time that you connect with a certified Shopify custom development company that will assist you in every way possible. 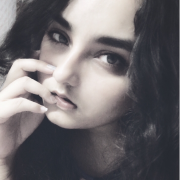 Pallavi Rohatgi is a writer in day and reader at night. She is a result-oriented and dedicated Content Writer with exposure to a wide range of technologies and a strong believer in agile product development. She is always willing to learn and explore ways to make the most of the content.

20 Stunning Visual Content Statistics That You Need to Know

WHY DO YOU NEED AN INTERNET MARKETING AGENCY?