Dizziness is a widely experienced medical condition, which means different things to different people. For some people, dizziness might mean feeling lightheaded & woozy, while for others, it may resemble a sensation of movement including themselves or the world around them. Some other individuals might say that dizziness is a feeling of being imbalanced & disoriented, while yet others might be unable to describe it as anything other than plain dizziness. Some people with nausea may also experience nausea, vomiting, & headaches of varying intensities. They might also feel like they are about to faint. In this article, we provide Dizziness Causes, symptoms, and treatment.

Patients suffering from dizziness often report experiencing a range of symptoms. These can be broadly defined as:

In some cases, these feelings may be worsened when the patient walks, stands up, or moves their head in certain ways. The dizziness that you experience may sometimes be so severe & debilitating that you might need to lie down or stop whatever you’re doing. Your dizziness episodes may also last for mere seconds or days, & might also recur without any warnings.

In most cases, dizziness symptoms also resemble those of Vertigo, & hence, it might be important to get a proper diagnosis from your doctor to avoid getting misdiagnosed & subsequently, mistreated.

There are many dizziness causes, the most prominent ones of those being inner ear issues, motion sickness, & medication effects. In some cases, dizziness may also be caused by any underlying illness such as poor circulation, infection, or injury.

More clues for your exact medical condition can be obtained by observing how you react to dizziness & any possible triggers.

Inner ear issues that can lead to dizziness are:

Aside from these primary dizziness causes, several other medical issues like a sudden drop in blood pressure, called orthostatic hypotension, can also lead to dizziness.

Poor blood circulation due to preexisting conditions such as cardiomyopathy, heart attack, heart arrhythmia, and transient ischemic attack can also lead to dizziness.

Alongside these dizziness causes, some other things that can lead to dizziness include:

Advanced age & heart problems, along with previous episodes of dizziness, are also risk factors for dizziness.

In most cases where patients visit their doctors due to dizziness, they are first asked to list their medical history. This allows the doctor to look out for any previous episodes of dizziness that could put you at a risk for further ones, along with any other medical conditions that can cause dizziness.

You will also be required to give out a full list of any medications that you’ve been taking for any chronic conditions, as certain medications can also cause dizziness as a side effect when taken for a long time.

To diagnose dizziness, your doctor may use a variety of tests. These tests include standard walking & balance tests where your doctor will check how well your vestibular system works with your brain to maintain gait & balance.

Some other tests that your doctor can recommend to you to diagnose dizziness include:

You may also be given blood tests to check for any infections & any other issues with circulation.

Along with these dizziness medicines, preventive medicines for migraines are also helpful in relieving patients of their symptoms.

Certain home remedies for dizziness can also prove to be useful. These include: 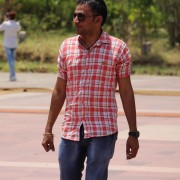 I am a professional blogger who has written a couple of informative pieces and blogs in various domains starting from the healthcare industry, latest advancements in technology, social media practices, latest trends, and so on. I practice my best to keep my knowledge updated with the latest happenings in the world and take an initiative to share my knowledge and views about the concerning subject with my followers.

The Establishment of Employee Wellbeing Programs

Back to Basics – A Workbook to Build Your Bussiness