Thinking about buying a camera? If you aren’t, you should probably stop reading now, because this is quite clearly an article titled ‘Best Cameras to Buy for Professional Photography in 2021’, meaning you’ve made an amazingly basic error.

If you are thinking of buying a camera, then congratulations, you’ve successfully clicked the right search result and have arrived in exactly the right place. Give yourself a big pat on the back.

Anyway, below you’ll find our verdicts on the top cameras available in 2021. All the cameras listed were closely tested using a wide range of real-world settings and are used for numerous projects by a professional photography studio in Hong Kong.

To save you the usual suspense of a listicle—or to stop you just scrolling immediately to the bottom of this page to find out what’s number one—let’s be upfront: we believe that the Fujifilm X-T4 will be the best option for the majority of consumers, having the optimal combination of features, size, and value.

However, there are also some excellent alternatives available, meaning that you should definitely keep reading this article, especially given that it may also contain some more dumb jokes.

Put simply, the Fujifilm X-T4 is the best APS-C camera we’ve ever tried. Ever ever ever. Ever. The X-T4 improves on its predecessor (the imaginatively named X-T3) with features including in-body image stabilization (IBIS) and faster burst mode. Your friend’s failed attempt to do a jump-shot photo in front of a sunset will now be featured in even more images.

The X-T4 also has a larger battery and more refined autofocus, which is quick and reliable in any situation. And, as well as its 26 MP APS-C sensor remaining top of the line for stills photography, the X-T4 also has an excellent video camera and an articulating touchscreen.

The aforementioned digital creative studio in Hong Kong has identified the Nikon Z6 as the most popular camera in the professional photography industry, and while the Z6 II isn’t lightyears ahead of the previous model, it should definitely be top of the list for those seeking a full-frame model.

The Z6 remains excellent value, but we still believe that the Z6 II is just about worth the extra cash. Its Expeed 6 processor brings a variety of improvements, including the new burst mode of 14 frames per second and some helpful autofocus enhancements.

There’s also an additional UHS-II slot that will join the existing XQD/Express slot, as well as a new video mode in 4K/60p. In addition, the 24MP BSI full-frame CMOS sensor is able to perform well in high ISOs, and the Z6 II has a class-leading design that feels more solid than other models.

Compared to its predecessor the EOS R5 (more imaginative naming), the Canon EOS R6 is a more affordable full-frame camera. It is with the best-in-its-class autofocus, a fantastic image stabilization system and burst-shooting capabilities that make it an extremely high-quality camera, particularly for wildlife and sports photography.

This camera is able to shoot video in 4K/60p. But EOS R6 lacks options like the capability to shoot DCI 4K, as well as having problems with overheating. Of course, no one wants their shiny new camera to burst into flames, particularly if you’re photographing wildlife and thus scaring wild animals away from their habitat—or, even worse, sending them stampeding toward you.

Landscape photographers typically require high-resolution, dynamic range, and weather-proofing, and the Sony A7R IV meets all of these needs. Its 61-megapixel sensor provides amazing clarity, plus you can boost the resolution by using the Resolution Shift mode. And just in case you inexplicably feel the urge to photograph a human being, the A7R IV also has Sony’s superior eye- and face-tracking capabilities.

The A7R IV’s grip is a bit hefty. It means this camera is comfortable to use for long periods of time in the field. Its camera’s weather sealing is a huge improvement over that of the previous A7R III. The A7R IV also has 5.76 million-dot electronic viewfinder. It can be operated with touchscreen controls that are superior to those of other Sony cameras, such as A7S III.

The Nikon D780 shares similarities with the mirrorless Nikon Z6. It is made for people who want the familiar feel and handling of the traditional DSLR camera without going mirrorless.

The D780 has the same processor and sensor that’s used in the Z6. In addition, it has a bigger body, space for two memory card slots, and direct control buttons. It also has some cool features including the ability to record 4K videos and charge via USB. In addition, it also features 12fps video recording.

However, the D780 is priced slightly higher than its mirrorless equivalents like the Z6 and the Z6 Mark II. It is clear that you need to splash some cash if you want to feel that DSLR nostalgia.

One of the newest DSLRs featured in this list is the Canon EOS 90D.  which would have to describe using that worst of all phrases for products, ‘middle of the road’, and yet the 90D does have a lot of power in relation to its price.

People are now more fascinated with DSLR professional photography. Canon EOS 90D is the perfect selection for DSLR cameras. This camera is also suitable for those wanting to upgrade from low-end mirrorless cameras.

The 90D can provide 1300 photos per battery. It is ideal for situations in which you don’t have time to recharge.

On average, 1300 clicks on a day out will not eliminate your battery life.

Testing of these cameras

They weren’t. We just made all this up. Convincing, no?

Just kidding. Nowadays, purchasing a camera is a significant investment, so we’ve thoroughly tested everyone featured in this list. Real-world tests are the most reliable method to determine a camera’s capabilities and performance.

We focused on standard metrics, including testing ISO performance and checking the camera’s appearance and controls.

We tested all of these metrics to determine the type of camera needs for particular photography requirements.

So, what are your thoughts on these cameras? Which ones would you consider buying and which would you avoid? Let us know in the comments. 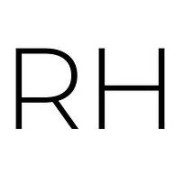 Tips On How You Can Achieve Your Dream Zion Winter Wedding

How To Prop Up Products for eCommerce Photography