Many of the world’s port wars watchers question the impact of The Port of Gwadar in Pakistan. On the economy and politics globally to transport goods faster and at a lower cost to some of the world’s most populous countries.  Although Bin Qasim City Gwadar is located in Pakistan, the geostrategic location makes the port an essential place for countries worldwide, especially after China has firmly entered the event’s heart as an executive partner and significant financier of the project. A military partnership will change the balance of power and make attendance an important place for all world countries.

China’s military in the region has greater weight, maximizes China’s role in world trade, energy diplomacy, and political relations, and damages specific ports in the area, makes Chinese energy purchases an opportunity for some countries to diversify their markets, reduce their dependence on the United States, and protect profits with investing in China oil refinery origin, as the distance between The Port of Gwadar and Muscat port in Oman is about 385 kilometers, and it has a close relationship with gas exports across the Strait of Hormuz, a link to gas exports across the Strait of Hormuz and Bin Qasim City Gwadar.

Port of Gwadar and the thinking of exporting countries more seriously now to establish oil and gas plants abroad. Qatar is contributing to the development of the port of Gwadar to strike its neighbor’s ports. While at the same time providing the gas that China needs for its accelerated growth. Which they have done will undoubtedly lead to the restructuring of some Gulf states for their political and trade priorities. Mainly since the Sino-Pakistani-Qatari-Russian scheme aims to make Pakistan the gateway to trade to China. The time to be provided will give companies Gulf and Chinese have a relative competitive advantage over other international companies.

The central Gulf ports. Which represent a major economic weight for some Gulf cities. Will I believe remain prosperous for many decades due to safety. Transport infrastructure, social and cultural infrastructure, and a high-end lifestyle without forgetting that foreign investment. Attracting foreign companies, tourism and trade may go to Pakistan in the event of a triple-pronged economic miracle formed by China, Russia and Qatar, and the serious pursuit of the rapid development of the free zone and industrial zones. In that port, and that region may have evolved to impose an economic impact.

Strong threatens the strategic implications of traditional trade zones in the Arabian Gulf. Yes, there is a silent economic war and the attempt to become the main maritime gateway to Central Asia, especially after China intends to invest $4.5 billion on roads, energy, hotels, and other infrastructure for the Bin Qasim City Gwadar  and Gwadar industrial zone. In addition, by building an international airport and inaugurating the power plant, China, Pakistan and Qatar. They are formulating the region’s economic plan based on the geological economy of The Guarder Port.

At the same time, India, America, and their friends in the Gulf states strongly oppose this possibility, not to mention the economic conflicts of interest of the GCC countries, such as some countries investing significant tourism investments in attracting tourism and building luxury tourist resorts, so there is a loser and a winner in this fierce competitiveness to diversify the economy of the countries of the region.

On the other hand, The Port of Guarder is a significant project in china’s One Belt, One Road initiative to build strong economic relations between China and countries along the ancient Silk Road, and this will inevitably be followed by a Chinese naval presence in Gwadar to patrol the Indian Ocean sea lanes and Washington and New Delhi’s concern about china’s maritime company near the Strait of Hormuz, to cross Chinese trade by road to Pakistan through roads created to reach Gwadar, from where goods are transported. to the Gulf states and the Middle East.

The port site is of other strategic importance because it is located between South and Central Asia and the Middle East. The Gwadar port development project including will strengthen close cooperation between India and the Arab Gulf states because New Delhi fears that the ambitious Chinese project will pass through the disputed Kashmir region with Pakistan,

Territory will be subject to Chinese protection after it became a corridor for its goods, so India, in cooperation with its friends in the Arabian Gulf, accelerated the development of the port of “Tobahar”, which is 165 kilometers away from Gwader to turn the conflict between Pakistan and India into a success point for the first, as well as an additional extension of Russian influence. In Central Asia, too, it is ahead of its U.S. rival, and given Pakistan’s interlocking interests, betting on Pakistan may seem like a long-term losing bet.

Importance of Locations for Residency and Business

Such an important location for residency near port is  Bin Qasim City Gwadar, of course, the Pakistani side plans to develop very early, based on the country’s limited funds, technology, Islamabad authorities can only tender. Thirty years ago, U.S. companies tried to seize the project. With the memorandum signed, Pakistan gradually discovered that U.S. companies operating in Port Guadal were not limited to commercial infrastructure.

It even began militarizing, and Pakistan, which felt its sovereignty had been violated, ended its cooperation with the U.S. Then Pakistan finally found a real partner, China, as an essential part. The China-Pakistan economic corridor. Both sides attach particular importance to this project. China strictly respects Pakistan’s sovereignty, the two countries negotiate all projects. Over the past six years, China has brought about $30 billion in direct investment (including soft loans and grants) to Pakistan.

Now that the port has been built, China and Pakistan have completely opened an important port! Transport activities from this port will provide shorter and more convenient. Land links for afghan land transport, particularly with the southern region of Afghanistan. Pakistan handles about 47 percent of Afghanistan’s exports. And bilateral trade between the two countries will increase as ports are built. At the same time, it also brings more prospects for China-Pakistan cooperation.

It’s a win-win partnership. Under which China will receive 91 percent of its revenue from the port over the next 40 years. While Pakistan will have more opportunities to cooperate and enjoy the port’s conveniences for a long time. It is worth mentioning that India initially set up a port west of Si bahar, Iran, opposed to the port of Gwadar, trying to steal Bin Qasim City Gwadar from the port of Gwadar, but the impact of U.S. sanctions against Iran, India has not been actively developing, from the Afghan side to respond positively to Gwadar port trade cooperation, India’s plan went bankrupt. 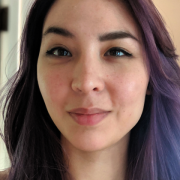 Buying Vacant Land? Pros And Cons To Keep In Mind

How To Invest In Real Estate With Little Money