Agriculture is considered as the backbone of the Indian economy as 50% of the total population earns their living by means of agriculture and it is contributing about 17% to the total GDP of the nation. From the beginning of 1970, the green revolution put some major effects in terms of production.

The green revolution helped India to change its status from a food deficient economy to a food surplus country. It has not only helped in increasing exports but also to meet the food security needs of India.

Besides all these achievements, the agriculture in India is still grappling with a lot of challenges like reduction in total arable area, undefined water patterns, high dependency on monsoon, low yield per hectare, and, attack by pesticides reducing farmer’s income. According to some studies, every year, about 25% of agriculture yields lost globally due to diseases, weeds, and attacks by pests. So in this situation, agrochemical manufacturers have a really important role to play in increasing productivity.

Although India has managed to increase its per capita yield, but still as compared to developed economies it is very low.

However, the biggest problem faced by Indian farmers is their low income. According to some researches provided by TATA strategic management group, the average yearly income of an Indian farmer is about 1800$ which is far below as compared to farmers of the UK, USA, and Japan.
When the final yields are attacked by weeds and pests, a farmer loses a huge amount of its income.

India’s consumption of pesticides is very low as compared to developed countries. So that’s why the crops get affected by various weeds and insects during pre and post-harvesting. The crop protection products not only save the loss of food grains but also increase the income of a farmer.

India has a population of 1.3B which is almost 18% of the total world population. According to some researches the global population will cross 9B by 2050. So the increasing population and decreasing availability of farm land demands to put thrust on increasing yields. This milestone can be achieved by reducing the pre and post-harvest losses. Here the agrochemical manufacturers have a big role to play.

India is the 4th largest producer of crop protection products and agrochemicals after US, japan and China. According to a survey in 2016, the Indian agrochemical manufacturing companies is worth of 2.2B USD with a very positive growth of CAGR of about 3.5% from 2013 to 2016 and expected to reach 3.2 B by the end of 2022.

There were a lot of issue that agro chemical manufacturers were facing liking proliferation of fake products and spurious pesticides.

CIB and RC have taken some steps to stop the proliferation of non-genuine products.

There are basically three stages of farming that includes pre-sowing and sowing, post sowing and harvesting. Agrochemicals are used during all the stages of cultivation. The main reason for the loss of food grains is insects and pesticides. Crops have to deal with almost 30,000 species of weeds, about 3000 different species of nematodes, and 10,000 species of different plant-eating insects. According to some researches, the food grain loss can exceed up to 50% without the proper usage of Insecticide Formulations and other agrochemicals.

Nowadays agrochemicals are playing the role of backbone in agriculture but still, there are a lot of improvements required in the agrochemical manufacturing industry and there is a strong need to train our farmers about the proper usage of agrochemicals and crop protection products because without using these chemicals it is very difficult to lead the world in agriculture. 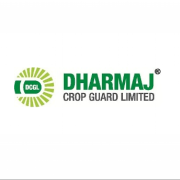 Ramesh Talavia is managing director of Dharmaj Crop Guard Limited, founded in in 2015 and became a name to reckon with when it came to agrochemicals and a beneficiary to the farmers of the nation. He displayed an active passion is pursuing a field that can connect him to the society and development in general.

How To Ensure Employee Comfort In Your Office

How Retail Boxes Can Increase Your Profit