Palladium is a luxurious white metal that is the most valuable among the four major precious metals. Its acute shortage is driving palladium bar prices to record highs in precious metals markets. Palladium is part of the platinum-group metals which includes rhodium, osmium, ruthenium, platinum, and iridium. Palladium is twice as expensive as platinum in today’s market. It is primarily mined in Russia, the USA, Canada, and South Africa. Russia produces about 40% of the world’s supply of palladium. Mostly Palladium is extracted as a secondary product from operations focused on other metals such as nickel and platinum. Palladium is largely used in catalytic converters in car exhausts, electronics, dentistry, and for making jewelry. Palladium is a key component in pollution control devices for cars and trucks. The price of the metal has trebled in the past three years, bringing it to the level of gold first and then surpassing it by a large figure. This has raised interest among investors for this new vehicle.

Palladium-made catalytic converters perform the important function of converting toxic pollutants into less-harmful carbon dioxide and water vapor. As demand for clean technology rises, the demand for palladium will continue to remain elevated especially in the automobile industry. Governments worldwide are trying to tackle pollution with strict regulations on petrol vehicles. The diesel-emission scandal in Europe is also fuelling the demand for palladium. The reserves of palladium are depleting over the years due to the rising demand. The secondary market has been able to meet the demands to some extent, yet the scarcity of the metal compounded by the rising demand have defied the slowdown caused by the pandemic. Secondary market suppliers of palladium are mostly scrap dealers. Steel prices can also impact the quantity and rate at which spent catalytic converter material is made available in the market and thus in turn drive the demand for palladium.

Unlike other investment-grade metals, the primary demand for gold comes from jewelry and traditional investment demand. New York Golds has witnessed unabated demand for gold in the form of coins and bars. Gold jewelry makes up about 40% of global gold demand, with the highest demand from countries like India and China. Investment in gold bars and coins makes up about 35-40% of global demand whereas8-10% of demand is for industrial use in technology products. Central bank purchase of gold forms a small percentage though they have reached record highs in the recent years. Investment demand for gold is largely driven by economic and financial system health. Gold has inverse relations with currency markets. So, if dollar rates are low resulting in inflation then gold prices will be high. Gold is the investment hedge that always gives returns in every market condition. Hence, whether one is a serious investor or not they will hold some gold as investment.

So, gold or palladium?

Investors who have held gold for more than two decades have enjoyed significant profits as gold has been the second-best performing asset in the last twenty years, more than doubling the annual gains overstocks in that time period. For short term investment, palladium is a wiser choice as its price is largely linked to the automobile industry, which has been performing exceptionally well for the past few years. If you check the palladium bar price online, you will see that its price has risen over 40% in the past year alone. One can always transfer their palladium investment to gold after they have booked profits when the prices of gold go down. New York golds publish fresh rated of gold every day and this holds true globally. Investors can easily trade palladium and gold and profit from the varying prices. 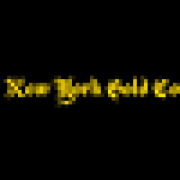 Common Mistakes in B2B Marketing Strategies You Need to Avoid