Solar panels are solar panels that capture the sun’s rays and convert them to power or heat. A solar panel consists of a group of solar (or photovoltaic) cells that can be used to generate electricity via the photovoltaic effect.

Solar panels are a cost-effective technique to generate electricity for a variety of uses. Off-grid living is the most apparent choice. Living off-grid entails residing in a location that is not connected to the main power grid. Solar power systems are ideal for remote homes and cabins. It is no longer required to pay exorbitant rates to have electric utility poles and cabling installed from the nearest main grid access point. A solar electric system is theoretically less expensive and, if properly maintained, can produce power for up to three decades.

Apart from the fact that solar panels allow you to live off the grid, probably the most significant advantage of solar panels is that it allows you to save money.

How Do Solar Panel Works

They gather and convert pure renewable energy in the form of sunlight into electricity, which may subsequently be utilised to power electrical loads. Solar panels are made up of several solar cells, each of which is made up of layers of silicon, phosphorous (which gives negative charge), and boron (which provides the positive charge). Solar panels absorb photons and generate an electric current as a result. The energy released when photons strike the solar panel’s surface causes electrons to be pushed out of their atomic orbits and released into the electric field formed by the solar cells, which subsequently pulls these free electrons into the electric field generated by the solar cells.

Solar panel is becoming more economical, cheap and as technology improves, it may even become cheaper than traditional electricity supplied by fossil fuels. It’s an appealing technology to invest in because of government incentives for both homeowners and companies.

While solar energy has a lot of advantages, it is still out of reach for the majority of people. Unfortunately, not many electricity consumers can afford to install their own photovoltaic system. Some people do not own their homes, or their homes may not receive enough sunlight for solar panels to be effective. While the cost of solar panels has dropped considerably over the last decade, the initial investment has remained high.

Monocrystalline solar panels are the most widely utilized solar panels on the market today due to their numerous benefits. 1 The semiconductor material silicon is used in around 95% of today’s solar cells. Silicon is plentiful, stable, non-toxic, and compatible with existing power generation technology. 1

Monocrystalline silicon solar cells are made by first generating a highly pure silicon ingot from a pure silicon seed using the Czochralski technique, which was initially established in the 1950s. After that, a single crystal is sliced from the ingot, yielding a silicon wafer with a thickness of around 0.3 millimeters (0.011 inches).

Polycrystalline cells, on the other hand, are less heat resistant and efficient than monocrystalline cells. They do not create as much electricity from the sun, in particular. This can have an impact on things like the amount of solar energy electricity you can sell.

While the grains of silicon crystals provide impediments to effective electron transport. They are actually more efficient in low-light than monocrystalline cells.Can maintain output even when not squarely pointed at the sun. Because of their ability to maintain electricity generation in poor conditions.They end up with roughly the same overall energy output. Therefore it requires battery storage. Off-grid solar systems must be designed appropriately so that they will generate enough power throughout the year and have enough battery capacity to meet the home’s requirements,

Polycrystalline solar panels have larger cells than monocrystalline panels, so they may require more space to produce the same quantity of electricity. 4 They are also less sturdy and long-lasting than other types of panels, albeit the differences are minor.

Due to the exorbitant cost of creating solar-grade silicon. A variety of second- and third-generation solar cells. Known as thin-film semiconductors were developed.They are a newer type of solar panel and less frequently used for homes. But they are growing in popularity.The thin film panel gets its name from how it’s produced. Layers of semiconductor materials (silicon, cadium telluride, and copper indium gallium selenide).Are rolled out as a film on a surface.

Due to the exorbitant cost of creating solar-grade silicon. A variety of second- and third-generation solar cells known as thin-film semiconductors were developed. Thin-film solar cells use less material because they used.A layer of silicon as thin as one micron thick.Which is about 1/300th the thickness of monocrystalline and polycrystalline solar cells. In addition, the silicon is of lower quality than that found in monocrystalline wafers.

Although this technology has only been explored in laboratories, it has exhibited a number of promising characteristics. Because quantum dot cells are constructed of several metals and operate on a nanoscale, they have a high power-to-weight ratio. Unfortunately, if not handled and disposed of appropriately, they can be extremely harmful to people and the environment. 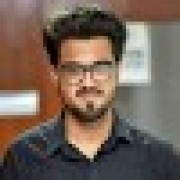 5 Ideas to Make Your Monsoon Wedding the More Romantic!

How Can Soap Packaging Boxes Manufacturers Help Find the Packaging

Eli Dangerfield Describe the Qualities of a good Businessman