Western culture is widely followed all over the world; women globally are ready to make compromises over their faith and religion to adjust to the western world. It is so deeply rooted in the minds of our youth that girls do not really like to dress in a modest way. Showing off extra skin unnecessarily has now become a sense of new fashion. However, those days are gone now, today, brands like the Black Camels have taken over the market with their trendy abaya styles. Abaya-clad women do not feel underconfident or discouraged anymore because of their appearance. They know they are worth a lot more than just their physical appearance.

The abaya may once have been a plain, drab garment meant only to conceal; however, today abaya has become a “stylish, personalized coat” that many women enjoy wearing, an expression of individuality within the template of a physically modest robe. Gone are the days of the plain, voluminous, uniform black robe – today, the new abaya, dubbed the “abaya-as fashion” is available in a dizzying array of cuts, colors, and fabrics embellished with a myriad of decorations.

Many designers like the designers of Black Camels draw inspiration from the self-same Western fashions many Gulf women wear underneath their abayas to display these tastes to the greater world, while others pull from styles and cultures around the world. The abaya is not simply a religious or cultural expression, but an expression of individuality for women in the Gulf, heavily influenced by and influencing Western fashion through globalization. Muslim women are often labeled as oppressed, naive, traditional, backward thinking, and so on.

The world is changing!

However, one thing that is clear today is how abaya is changing the modern world. It is no longer seen as the attire of the oppressed women. Women all over the world are respected for their beliefs and recognized for their capabilities. There are many ways women are styling their abayas and rocking the professional world. I mean what makes a person think that just because someone is dressed in a certain way, he/ she will not be capable enough to hold a better position in an organization?

Let’s see how Muslim women are shattering the stereotypes all over the world now!

Muslim women can be fun and are pretty fun, there is a need to change the perception about Muslim women. How they are seen by the world, oppressed and restricted to dress in a particular way. This is not what Muslims are and this is not how they should be seen and that is exactly what LaRita Dixon does. Through her art, she is showing the world what and how Muslim women are. In her words,
“In my work, I want to show the fun side of Muslims, to show people that we are just like everyone else.”

Hafiza Sayed is a self-taught artist, who has been painting her thoughts over the canvas. And telling the world about the empowered Muslim women. How Muslim women are no less than other women, they can be as strong and as ambitious just like any other women around here. Through her art she fights for the rights of the Muslim girls and gives voice to their problems. She encourages them to take a stand for their rights and be stern when it comes to fighting for their own rights.

As she says, “My Muslim woman is amongst the millions of unsung and often ignored Muslim women in global societies. These are women that are strong, liberated, awakened in all senses, exercising their rights, voicing their opinions; they are the leaders, educators, doctors, writers, artists, activists, and so on.”

A post shared by She Shapes The City (@sheshapesthecity)

Denmark is a western county with most of the population of non-Muslims around. Despite the fact, The country is very welcoming and a diverse state Muslim women often face racism. When it comes to bagging employment opportunities. Moreover, when it comes to sports that require physical strength, not many women participate in such games. Nadia Helmy Ahmed breaks this stereotype. She gets into the field and not only fights the men but fights their patriarchal thoughts as well by winning the competitions. Breaking norms and stereotypes is something that Nadia is proud of, and we have a lot to learn from her.

“I try to challenge the cultural discourse about what Muslim women should act like. And exhibit leadership through my sport and encourage other women to be strong norm breakers.”

She is another painter who paints her thoughts on the canvases and aware of the world of how they wrongly treat Muslim women. She is spreading positive information all about hijabs and the advent of hijabi women. All her hard work can be seen through her art and one can see how flawlessly she communicates her message. Even an amateur can get the gist of the message.

As she says,
“I’m still touched by the diversity of the Islamic global community and that idea developed into this piece. I decided to create a montage of women in different headscarves and different complexions. She has depicted Muslim women wearing turbans, Turkish hijabs, “traditional” hijabs, stylish wraps, niqabs (face veils), and no hijab. I want to show the audience our beauty and also our diversity in terms of how we outwardly reflect our faith. The mainstream image of Muslim women is quite dimensional and I think my artwork can offer the viewer an alternative to the current monolithic stereotype.”

Do not let the world change you, change the world with the power that you have in yourself. If you are planning to buy an abaya or hijab, there is no better place to have a seamless shopping experience than the Black Camels. 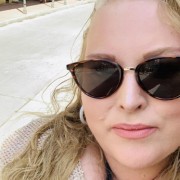 This is Nicole Botello, I have been working in the field of web design since 2005. I am currently working as an independent designer.

2022 Sunglasses Trends To Accompany You In Style

12 Healthy Hair Habits To Go For