He took this photo at Lake St Mary in Glacier National Park, Montana, on an evening in August 2019. He shared the image on the Flickr photo platform and never thought about it again. However, a problem has emerged: when the image is set as the wallpaper, many Android phones crash the software.

The phones must then be reset to the factory settings, resulting in loss of user data. This bug eventually spread across the web and went viral on Twitter. ” I didn’t do anything intentionally. I’m sorry that people ended up having problems, ”defends Gaurav Agrawal.

A bug introduced during post-processing of the photo

This seems to happen on some but not all brands of phones running version 10 of the Android operating system. However, it is not advisable to test it. After taking the photo on his Nikon camera, Agrawal made a small montage using the Lightroom software. And that’s how the bug crept into the photo.

Lightroom offers three colour mode options for exporting the final result, and the one it chose is the one that seems to cause the Android system to malfunction. ” I didn’t know the format would do that. I have an iPhone and have never had any problems with my wallpapers ”. Agrawal has more than 10,000 subscribers on the Flickr photography platform and has had its work published by National Geographic magazine. “ I was hoping that my photography would have gone viral for some other reason. I’m going to use another format from now on ”.

A problem in the processing of colour space by Android

Ken Munro and Dave Lodge of the security company Pen Test Partners gave an explanation of the source of the problem. “ As digital photographs have improved in quality, phones need to check what the image colour space is to know how to display it correctly. This is how a phone can display exactly the right shade of green, for example. There are different ways to define the colour space. Some spaces have specialized graphic design uses, so sometimes you will see images that are not in the usual standard RGB format. ”

“ It’s also possible to deliberately create images that have more colour information than some devices can handle. What happened here is that the way some phones handle these cases has caused the processor to malfunction. The phone hangs because it doesn’t know how to handle it properly, and the software developers probably hadn’t thought it could happen. ” 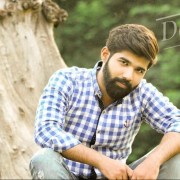 Trump Seeks to Delay the Election and His Imminent Defeat