Morning sickness, pregnancy swelling, mood swings – are some known pregnancy symptoms. But, there are some symptoms, which are not known to you. Read these informative articles to know about the weird symptoms of pregnancy.

The doctor just confirmed your pregnancy reports and must have told you about all the common pregnancy side-effects, such as morning sickness, swollen feet and hands, breast changes, fatigue, and so on and so forth. But, did he tell you about some of those symptoms, which are not so talked about?

So, here are some of the unknown pregnancy symptoms that you might experience.

Growth in Body Hair and Change in Texture

We know that, before hitting your pregnancy, you were pretty much conscious about the hair growth on your body. And that’s obvious because you wanted to look good. But we hate to break this to you that, now that you are pregnant, your soaring pregnancy hormones are responsible for the hair growth in your body. Due to these hormones, hair grows faster and doesn’t want to fall out. Some of you might find hair growth in some of the unwanted places of your body like the face, belly, or around the nipples. Many of you might also find your hair texture changing. You might either have drier or oilier hair. However, the good news is, these changes won’t last long. The hair growth will be in control once you deliver your baby. It might also stop once you start breastfeeding.

Ouch! It will actually make you feel like it sounds – a sudden sharp pain deep down in your vaginal area almost feels like the baby has given a punch inside. Take a walk and ease this feeling, if possible.

Acne during pregnancy is common in more than 50% of women during their first and second trimesters. If you are one amongst that 50%, remember that an increase in hormones called androgens can cause the glands in your skin to grow and produce an oily and waxy substance known as sebum. That oil blocks the pores and ultimately gives rise to bacteria and breakouts. However, you can get relief from these typical pregnancy skin pigmentations, if you can directly apply honey and cucumber.

Common almost among 75% pregnant women around the second or third month of pregnancy. If you are amongst that 75%, remember that pregnancy hormones are the culprit behind constipation. The raging progesterone levels can cause the muscles in your bowels to relax, thus allowing the food to stick around in the digestive tract. You end up jamming the waste product in your stomach and cramping the usual activity of the uterus. But, you can fight it back with fiber, water, and physical activities.

Be careful, while you laugh, cough, or sneeze as you progress in your pregnancy journey. You may not realize that you might well wet your pants. Basically, during pregnancy, the developing baby exerts a lot of pressure in your bladder, causing such leakage, also known as pregnancy incontinence. The fluctuating levels of relaxin and progesterone hormones are mainly to be blamed for it. But, including physical activities in your routine, staying hydrated, and using pads can help.

Along with your belly, your gums are swelling, becoming extra tender, red, sensitive, and prone to bleeding, during pregnancy. Especially when you brush. Don’t worry! That’s normal. The pregnancy hormones that swell mucous membranes, clog sinuses also swell your gums, around the 15th week, thus making them bleed easily. Brushing your teeth twice a day might reduce the problem. But, don’t forget to keep a check with your dentist.

Thanks to the increased blood flow and swelling of the mucus membranes that congestion and nose bleed takes place during the first and third trimester of pregnancy. But getting more vitamin C can reduce these chances.

Constantly Out of Breath

With the progression of your pregnancy journey, you might start feeling out of breath, even after a little bit of physical exertion. Shortness of breath often starts in the second trimester and may increase in the third, with the development of the baby. The hormones stimulate the depths of your breath for you to take in more oxygen than with benefit your growing baby. But this ends up swelling the muscles of the respiratory tract, thus making you feel constantly out of breath.

Is a true hallmark of pregnancy. You might forget where you’ve kept your purse, whether you’ve turned the stove on, and maybe even your phone number. And it isn’t just that lack of sleep that’s playing the trick. As usual, the hormones are playing the fool – this time around your memory. In fact, this tendency of forgetfulness increases during the third trimester.

This aside, a dark line that goes down your stomach, swollen blue vaginal veins (as a result of the uterine size and weight) and a few others are some of the unexpected conditions of your pregnant body.

Talk to the other mothers to get your queries answered. Otherwise, keep checking with your doctor about the not-so-talked-about early symptoms of pregnancy.

Irrespective of the symptoms, Pregnancy is one of the most beautiful experiences of a woman’s life. Let the journey be worthwhile. 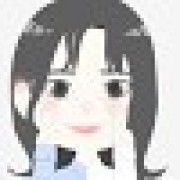 Prapti Chauhan is a professor of Genetics in Bangalore. She has contributed to several online research papers. However, she passionately develops content on pregnancy, childbirth, childcare, and stem cell banking and umbilical cord lining, and more.