The purpose of a toy has always been to entertain children and keep them distracted and busy for short periods of time. In earlier times, toys were made simply to keep the children busy and distracted as without the extensive research in the modern era, people were simply unaware about the teaching and learning methods; education was imparted through a typical classroom setting, which has now been proven to be less than ideal for children across all age groups.

Toys for children in the earlier times

In earlier times, toys were simply made using everyday objects and children used whatever at hand, which was not considered to be dangerous or injurious to health as a means to keep themselves busy. Also, without technology, the most common way for children to enjoy some downtime was by playing outside as fresh air and activity are considered to be great for health.

Toys have changed over the years as has the concept of childhood. The perception of fun and enjoyable things to do for children was very different as opposed to nowadays which has shown a clear dependency on technology for entertainment which is not always beneficial, although it has helped the education sector greatly.

Another factor that has a notable impact on the toy industry is the family dynamic that has changed over the past century. Earlier, families were much larger, with the men being the sole breadwinners for the entire family; this has changed, as the increasing trend shows that women are choosing their career as opposed to staying at home with the children, although many still prefer to stay at home for the first few years to spend quality time with their children. Larger familial setting meant that there is always someone to look after the child, as often, extended families were close-knit.

The first set of educational toys that were made with the purpose of mass-scale sales, were started as early as 1693, when it was published by liberal philosopher that education letter blocks may expedite the learning process for children as the entertainment ensures that they learn to recognize letters at an earlier age while enjoying the relaxed atmosphere of learning, outside of a classroom.

The first round of alphabet blocks that were published were known as Locke’s Blocks, which were block with all the letters of the English alphabet. There were dissected maps which were considered to be the first type of jigsaw puzzles, meant to help children learn geography in a fun and entertaining manner.

Modern toys in the last centuries

As early as 1798, the first types of educational toys made an impact with a father-daughter duo, writing about educational toys and how children learn faster when they are enjoying themselves in an unstructured manner. The first shop to encompass the concept dealt with carpentry, gardening, chemistry, and natural history.

In the early to mid-nineteenth century, Germany being the hub for toys, known for its excellent craftsmanship, started with the German educator Friedrich Wilhelm August Froebel introduced shaped block which came to be known as the Froebel’s Gifts, and is the first example of educational gifts for kids; although it should be noted that only the very wealthy families could afford to buy toys for their children, and during those times a toy could cost up to a week’s wage for working man, hence, it was not an option for all families.

Educational toys were popularized by Maria Montessori, who revolutionized the education system, forever changing the perception of toys for the future years. It focused primarily on tactile and perception learning for young children. She also developed manipulative, not just for mathematical concepts, but also for the development of the skills and basic concepts; in mathematics, a manipulative is an object that may be changed to perceive a few mathematical concepts by manipulating it, hence the name.

Recent times have completely changed the concept of toys for children, as nowadays, the emphasis is on the importance of gaining practical knowledge, as well as basic skills and concepts, through games and DIY projects for kids across all age groups. Technology has also revolutionized the methods of learning and entertainment, and children are starting to learn at a much earlier age than in the previous centuries. 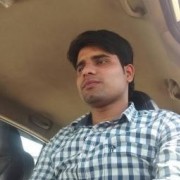 Online Quran Teachers is Available all Around the World

Through The Online Quran Academy, We Can Live More Enlightened Lives

The Most Effective Method to Draw a Perfect Heart