This selection of 10 dog breeds neither “small” nor “large” is the proof!

There are medium-sized dogs in several breed groups (hunting, herding, etc.). Among the least bulky of medium dogs, the Tibetan terrier stands up to 41 cm in height at the withers and commonly weighs up to 13 kg. Six coat colors are allowed by the breed standard.

A great companion dog, he has never been used for hunting – as his name does not suggest! He was a guard dog.

He is really very active. It is also a breed reputed to be very playful.

In addition to the need for significant physical activity, there is a good dose of regular brushing to be expected.

Generally, the Tibetan terrier lives between 12 and 15 years. Compared to the number of defects that can affect certain dog breeds, there are few for this breed.

Always difficult to talk about education and socialization because it depends so much on the environment (=everything that is not in the genes).

We will say that they are not overly tenacious dogs. Education is not presented as a challenge. A certain reserve towards strangers is expected by the standard. This is what you can achieve with good socialization to humans (otherwise goodbye reserve and hello problems).

Among the “largest” dogs described in their official standard as medium-sized is the Boxer. Up to 63 cm high at the withers and weighing more than 30 kg for males.

Dynamic and playful, the Boxers are the embodiment of the adjective “demonstrative”. Dogs that, sociable, educated and well treated are full of facetiousness and tenderness.

Boxers live 10 to 13 years. They are affected by several flaws and have some weaknesses. The choice of a good breeding is essential and we pay attention to the eyes or to the heat, to which these dogs are sensitive.

Still used professionally for various tasks, the Boxer is a “working” dog – meant to learn in order to cooperate with a human who is usually never far away.

This implies, among other things, that it takes a lot of daily occupation and that education is not to be feared, but the Boxer is a persevering dog (who will readily appear stubborn if you do not understand canine behavior well). .

The Boxer is a guarantee against depression and its dissuasive physique is appreciable for those who want to feel serene in the middle of nowhere (or on deserted roads) but do not want a dog that is too imposing.

Two hours of physical activity a day is a good minimum for these very energetic but not “tireless” dogs – it remains relatively easy to get them to burn off their energy by playing in the garden (often recommended) and/or with long walks.

Among medium-sized athletic dogs, the Brittany spaniel is a pointer that weighs around 18 kilos as an adult – and around 50 cm at the withers for males.

The nose is fine and the attraction for small animals (preferably feathered) is to be taken into consideration, even if it also depends a lot on the environment (place of life, socialization, etc.).

With these dogs selected to learn many things for months, in order to work closely with the hunters, if you know a minimum of what you have to do, the learning can be very good very quickly and the complicity simply exceptional. Now you can see here for more details about pet water bottles.

Properly socialized, these dogs are outgoing. No particular “bravery” or “reserve” is expected.

Since athletic dogs can need 2-3 hours of physical activity per day, with running, the availability he requires is much higher on average; otherwise you have good time management.

No need to be an Olympic champion yourself, but better to be in good shape with a Brittany.

The Brittany spaniel can live for about fifteen years.

The Finnish Spitz can weigh less than 10 kilos and up to around 13 kg. The ideal height at the withers for the conformity standard is 42 cm for females and 47 cm for males.

So here we are with a dog sometimes presented as medium and sometimes as small.

Always “red”, the Finnish Spitz is a so-called “primitive” hunting dog that lives about 12 years.

Among those dogs with ancient origins that retain (to varying degrees) characteristics that our ancestors needed – performing difficult tasks in harsh conditions – this pretty Spitz is moderately independent. Because it is most often trained to hunt.

He is thus deemed “educable”, even if he is a determined dog with whom you have to know how to take your time.

The Finnish Spitz is very active. It is preferable to have a fenced area, so that he can expend all his energy and avoid possible worries in relation to an often strong impulse to chase.

Well socialized and well treated, they are super affectionate and joyful dogs.

The Staffordshire bull terrier or “Staffie” is a medium sized dog – around 40cm in height and 15kg. These very muscular dogs are super dynamic and full of joie de vivre.

They are among the hug experts.

Certainly the Staffie is very tenacious and requires good preparation, especially if it is a first dog, to make it sociable and teach it some practical basics for daily life in terms of obedience.

If the dog comes from good breeding and gets all the exercise and attention it needs, a Staffordshire bull terrier could not be a nicer companion for those who like dogs that are fidgety and perky. .

The Staffie is not expected to “stand guard”; his physique is enough to dissuade anyone from entering uninvited.

Weighing up to 20 kg for an ideal size of 53 cm in males and a little less in females, the Border Collie is a medium-sized dog that can live for a good fifteen years.

These dogs are supercharged cocktails capable of working (with a herd) for a very long time without getting tired or bored.

They are becoming popular but exacerbated characteristics increase the inherent risks of boredom and inactivity from which it is difficult, nowadays, to preserve our dogs for many of us who work at least 35 hours a week.

Intended to move animals, it is the subject of some debate as to its use for “company”. Let’s just remember that these dogs have a disproportionate need (compared to all breeds) to activate their muscles and brains on a daily basis.

Bassets are medium sized dogs that have short legs relative to their body. They all have very fine noses and it’s not always easy to deal with but that partly depends on where they live and what they’ve been taught, of course.

The Petit Basset Griffon Vendeen, weighing 15/20 kilos and measuring 34 to 38 cm at the withers, is awfully cooperative for a hound but, obviously, we do not choose this dog with ambitions of obedience to the finger and to the eye.

The fenced garden is often recommended, often strongly with these dogs with the flairs of hell who are not champions of docility but who can perfectly learn the basics for a simpler and safer daily life, like any dog ​​of n any breed.

Among its remarkable traits, for someone who does not hunt and is looking for a life companion, the Petit basset griffon vendéen (like other basset hounds, for that matter) is a playful, outgoing, happy and friendly dog ​​(well socialized), who does not skimp on displays of affection.

They are very good walkers. The walks quickly done, well done, very little for them.

A small Basset Griffon Vendeen lives a little over 10 years.

To illustrate the diversity of medium-sized dogs, this greyhound, which weighs no more than 15 kg and measures 44 to 51 cm, likes to sprint of course and it is often advisable to have a garden, with a sufficiently high fence.

Otherwise, in general, a good hour of physical activity per day is a reasonable estimate, via walks – the bare minimum for many dogs.

Graceful and gentle, the Whippet comes in a multitude of colors. Discreet, but full of vitality, he is probably less reserved than most greyhounds – who are neither distant nor shy but simply chic and classy!

Greyhounds are endowed with certain independence. Give your best for good socialization during the first months with your puppy and you have the essentials. These dogs are not destined to learn a thousand things but can acquire the most useful basics, such as walking on a leash.

A Whippet lives 12 to 15 years. Few diseases are listed for this breed of dog.

The English bulldog weighs up to 25 kilos. The physical can please or raise questions. Still, this dog takes up little space and has a great deterrent power.

Obedience is not his cup of tea but he learns the basics like everyone else and with good socialization you live alongside the Quiet Force. He is not considered “easy” to train, but if you are creative and patient, you will find ways to motivate him.

Some weaknesses and a tendency to overweight in a moderately active dog, require you to be well informed to manage the physical exercise/diet aspect, prevention and health vigilance. He mustn’t get too tired when it’s hot and he mustn’t become encrusted.

More serious than swaggering, the English bulldog is nevertheless dripping with love.

A very hard-working sheepdog, and companion for the FCI, the Bearded Collie is a medium-sized dog that weighs between 20/25 kilos and measures between 51 and 56 cm at the withers.

They are very active dogs that are not so much made for city life. With his daily dose of sport, a Bearded Collie is a calm dog.

If you don’t arrive with your hands in your pockets, they are really pleasant dogs to educate and the complicity reaches sensational levels.

We can say that they have a strong character, in the sense that they are confident; sometimes they are even described as bold (given that they face danger). A well cared for socialization prevents you from having a dog who barks at people or this kind of behavior that is not easy to live with, neither for him, nor for you (nor for people). 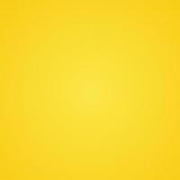 How to Choose a German Shepherd Puppy

The Best Ways to Take Photos of Your Pet