According to recent studies, 90% of factories use automation equipment over their obsolescence date. But only 58 percent have a formal plan in place to track and perhaps extend its lifecycle. Companies that employ legacy equipment without a plan in place to deal with the issues that come with it when it enters its “third age” are putting themselves in danger.

Obsolescence Management considers the lifespan of all the moving elements in your complicated system and devises a strategy for replacing obsolete parts before they become a catastrophe. This is not an easy task. There are many challenges like Parts availability, declining materials, counterfeit avoidance, knowing where to go for what you need, etc.

The most prevalent is costly downtime that lasts for an extended period of time. Another widespread worry, particularly in areas like defense, security, and pharmaceuticals, is the requirement to comply with an ever-growing body of safety and environmental laws, which could put older machinery at risk of non-compliance.

However, just because something is outdated doesn’t mean it can’t be used. This is why.

Whatever it is, the novelty wears off. This is true whether you’re discussing automobiles, furnishings, or even people. Things degrade over time in the physical world. That’s entropy, a natural and mechanical force that is always present. The same is true for industrial parts. All machinery will become obsolete at some point. All of the components will eventually wear out and need to be replaced. The utility of industrial components, on the other hand, lasts until the end of the life cycle due to their intrinsic robustness. This means that the average user can get the most out of early capital investments by implementing a structured obsolescence strategy that keeps equipment running as efficiently as possible for as long as it makes sense.

Dealing with the price lifecycle

You have to first comprehend the existence of a price lifecycle for parts and their replacements/spares. The OEM sells industrial parts at their original fair market value (OEM).

As equipment progresses through several stages of OEM obsolescence, such as final new system builds, repair/spare support, limited repair or replacement, and finally complete obsolescence, part prices may begin to climb as demand grows and supply constraints change the market. As legacy systems are replaced with newer technology and more parts become available on the market, prices should decline again.

However, the timing of this late-state price decline is determined by the system’s genuine lifespan. This may differ from the manufacturer’s claimed life expectancy. The Mark I, Mark II, Mark IV, Mark V, and Mark VI GE Speedtronic systems are some good examples. DS3800DMPB, IC3600SCBN2A, IC3600SFIB1D, IC3600SFKK1B are some of GE spare parts.

According to PowerMag.com, no panel “has ever been deactivated for lack of components or services,” even though each system was designed with the expectation that consumers would upgrade to the next available system after a decade. TCPs are safe to operate for as long as needed with proper planning and a strong maintenance approach.” And some of them have been in continuous use since the 1970s or before; the Mark I and Mark II systems, for example, has been in operation since the 1970s or earlier.

Is it necessary to upgrade equipment?

To begin, we must determine whether we are discussing whole-plant improvements or spot upgrades. In the case of spot upgrades, new third-party components are sometimes available to replace OEM old parts. It’s crucial to note that some of these components may differ from OEM components in minor but significant ways, thereby lengthening your downtime due to incompatibility. If genuine OEM components aren’t accessible, third-party parts may be able to get you back up and running until you can find an OEM replacement.

It is never a good idea to embark on a whole-plant overhaul without first conducting considerable investigation and planning.
New equipment is one of your biggest expenditures, and it should pay off in terms of greater reliability, throughput, security, and lower operating costs thanks to lower energy usage and efficiency.

Industrial connectivity is being pushed to new heights by concepts like the Internet of Things and Industry 4.0. As a result, using data collected from machinery, this technology aids producers in developing obsolescence control plans. Manufacturers can acquire a better understanding of machinery health as the number of sensors in processing facilities grows.
This can detect possible issues with certain pieces of equipment and predict when a breakdown may occur.

Predictive analytics and maintenance capabilities are included in some intelligent software. This function detects equipment that is showing indications of wear and, using prior data, can intelligently forecast when a breakdown will occur.

Because manufacturers can order obsolete items ahead of time, they can address equipment faults before they cause downtime. Maintenance reports, anticipated lifetime statistics, and sensor data are all examples of data. Choosing the correct format to visualize this data, on the other hand, is critical to achieving the intended outcomes.
In most predictive maintenance systems, real-time data from sensors or programmable logic controllers is employed because it can be presented in a graph or chart for an engineer to assess.
Highly intelligent systems, on the other hand, can send out automatic notifications to operators when a machine begins to exhibit indications of wear. The level of sophistication of this technology will vary depending on the plant’s individual requirements.

In processing, there is a time and a place for obsolete spares. While planning and knowing the system are necessary for any plant manager who is responsible for obsolescence management. It is also true that assistance is available when seeking replacements quickly.

Every two years, technology doubles, and the fast-changing world frequently makes critical parts impossible to obtain or unavailable. This is a crucial concern for applications with long lifecycles. OEMs support their systems for as long as possible. But if a part critical to keeping your system running for the next 30 years is no longer available, you still have options.

When it comes to embedded board system obsolescence management, it’s critical to plan, monitor, forecast, and identify where you’re at risk. A complimentary obsolescence risk assessment is a risk-free way to figure out where you’re at risk. The threat of supply chain deterioration, OEM End of Life (EOL) notices, and LTB notices exist. But you can reduce your risk. Nobody likes to be compelled to re-engineer or upgrade their systems.

Manufacturers may take a burden off their worries while staying ahead of the competition by partnering with an obsolete industrial parts supplier. Partner with companies, who know the industry inside and out and can acquire all of the necessary parts. While floppy disks may be obsolete, legacy hardware does not have to be. 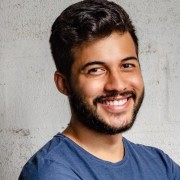 What is the difference between a digital counter and a register?

WordPress eCommerce – The Most Affordable Way to Start an Online Store

How Technology Can Solve Our Problems

How to fix error code -36 In your Mac