You might have visited many countries or tasted some of the best street foods in the world, but the taste you get in the street food in India is astonishing. From the delicious Seekh Tujj of Kashmir to South Indian Dosa and from Phuchka of West Bengal to Gujarati Dhokla; every part of India has a variety of delicious food to make a mark on your taste buds.

No matter what you call it, Puchka, Gol Gappa, or Paani Puri; this tiny bomb can change your mood. The taste of Phuchka changes from street to street and place to place, some prefer it spicy, while others make it in tangy and minty flavor. Phuchka gets its taste from the water that is filled inside it. However, filling it with mashed potato and boiled chickpeas along with tangy flavored water can increase its flavor to manifolds. Paani can be considered as one of the most found street food in India.

In the busiest city of India, the city that never sleeps, yes, I am talking about Mumbai. The Vada Pao is an Indian-style low-cost burger; obviously with our own added spices. Whether a school going kid or an elite businessperson, Vada Pao is a favorite dish of every Maharashtrian.

At first glance, Dabeli may look similar to Vada Pao and share common ingredients. However, the way these two dishes are prepared are poles apart; so does their taste. It is prepared by mixing mashed potato with special Dabeli masala and then put inside a Pao. Dabeli is garnished with roasted peanuts, pomegranate, and Bhujia and served with several chutneys.

When you are traveling by road, at the state border, PradesLakhanpur is a town in the Kathua district in Jammu and Kashmir Union Territory of India. These special Balley or Bhalley of Lakhanpur, are made of ground pulses, deep-fried, garnished with finely chopped radish, and served with green chutney. In some places of India, these Bhalley are known as Ram Laddoo.

6. Mirchi Bajji, all the way from Hyderabad

Mirchi Pakoda or Chili Pakoda (Green Chili Fritters) can be found anywhere in the world, but the way they taste in Hyderabad is mouth-watering. The Mirchi Bajji, as they call it in Hyderabad, has a slightly different recipe. As usual, they are dipped in gram flour or besan and then deep-fried. However, there is a slight twist, after frying them, they are cut in the middle and filled with chopped onion mixed with spices and lemon.

At first a road food widespread in pieces of Punjab, presently this dish is insanely cherished by different pieces of North India as well. The tasty chickpeas arranged in a heap of flavors is eaten with the singed bread produced using significantly maida. As a nibble goes in you are in a heaven of flavors. The road food dish tastes so great that you can’t avoid yourself having it. It is a most loved dish of Punjabis and is generally discovered the best on roads as it were. The flavor of Cholla Bhatura isn’t advocated on the off chance that you have it in a luxurious café. Until it has the dash of the road, it won’t taste how it is assumed as well. The onion and cold plate of mixed greens alongside pickle make it as far as possible more yum. Chole Bhature is one of those street food in India, which tastes differently from place to place, yet looks the same.

The Bihari variant of Daal Bati Choorma, Litti Chokha is a dish from conventional Bihari food, which can be eaten at any time. If you are hungry, irrespective of your meal type, it can be breakfast, lunch, or dinner, you can eat Litti Choka any time. A fiery curry produced using pounded potato and brinjal is presented with little which is a bread arranged from grams? the taste pairs when Desi Ghee enters your plate. Advancing from the roads of Patna, it has now arrived at t a few corners of the country. 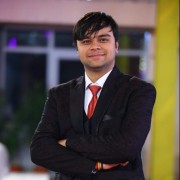 How To Grow Red Saffron – Expert Tips To Grow And Harvest

Best Hi-tea in Lahore are Trending These Days

What Is Fine Sea Salt and Its Uses

Mistakes That You Will Not Make Again While Baking A Cake